Understanding ARP protocol is important to solve some challenges that's why we have an entire section for this protocol. We'll use this section as reference when we are solving relavant challenges. 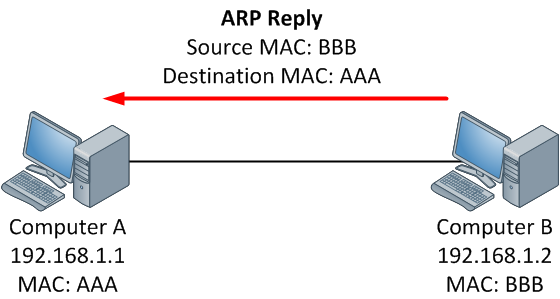 When a source device want to communicate with another device, source device checks its ARP cache to find it already has a resolved MAC Address of the destination device. If it is there, it will use that MAC Address for communication. To view your Local ARP cache. (arp -a displays local arp cache)

The destination device will update its Address Resolution Protocol (ARP) cache, since it need to contact the sender machine soon.

Destination device send the Address Resolution Protocol (ARP) reply message and it will NOT be a broadcast, but a unicast.

The source machine will process the Address Resolution Protocol (ARP) reply from destination, it store the Sender Hardware Address as the layer 2 address of the destination.